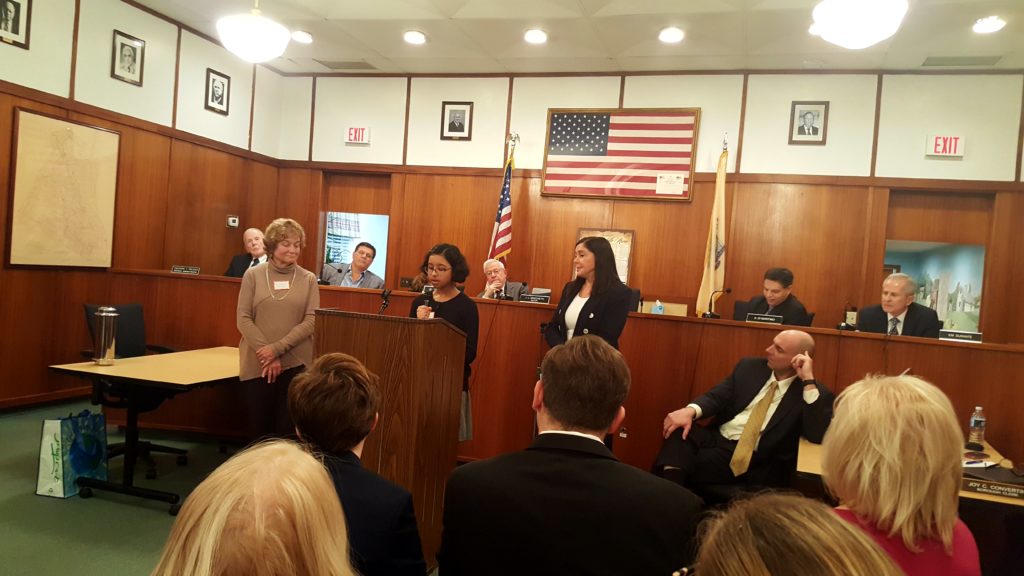 The Mayor and Council unanimously appointed attorney and resident DeAnne DeFuccio as council member to fill the position vacated by Councilman Roger DeBeredine at the last meeting. Mr DeBeredine, also an attorney, had served on the council as well as several borough commissions and committees over many years. Ms. DeFuccio took her oath of office and began serving on the council at this meeting. She was also appointed to a Class C post on the Planning Board filling the position vacated by Mr. DeBeredine.

Bills in the amount of $3.2 million were paid of which $3.066 was paid to the school districts.

The council voted unanimously to approve the following items on the consent agenda:

Resolution #51-20: To extend the ground lease agreement for 7.8 acres off Mountainview Ave and Route 17 (behind Porcelanosa) to be used for the construction of “70 affordable housing units to be available for low and moderate income senior citizens and special needs individuals.”

Resolution #54-20: No Cash Tax Payment Policy – The borough will only accept tax payments in the form of personal checks, certified checks and money orders.

Resolution #55-20: Property Tax Refund Blk. 916 Lot 30. The council voted to refund $1,816.79 to Lefteris Politis et al for property located at 30 Rolling Ridge because the tax assessment had been reduced for 2019 by the tax court.

Resolution #56-20: Authorization to Submit COPS Hiring Grant According to the COPS Grant website, the United States Department of Justice is providing $400 million nationally in three-year grants funding for police departments, allowing them to hire new or pay existing officers up to $125,000 to counteract a specific crime in their community.

Public Comment:
Nvair Beylerian inquired as to the status of the Master Plan. The mayor responded that a master plan was adopted by the planning board four years ago. Mrs. Beylerian inquired as to whether a new plan or plans would be considered given the construction of all of the additional new homes, condominiums and affordable housing units being built now. The mayor said that perhaps the school district needs to consider the potential increase in students.

Lorraine and Vincent DeGregorio addressed the mayor and council about ongoing problems they were encountering with the borough regarding a pool under construction in their backyard since 2016.

Eric Friis reported that excessive car idling at the public schools was being addressed by the board of education and the schools, and the message is getting out. He also stated that he had attended the Borough of Saddle River’s Council Meeting, and that residents are not in agreement with the affordable housing allotment given to the borough. He stated that a group is intending to sue the state of NJ.

Reports were not made public for any of the above departments, nor for the following:
Library
Recreation Commission
Youth Guidance Council
Ambulance Corps
Planning Board
Historic Preservation Commission
Shade Tree Commission
Borough Attorney
Borough Engineer
Municipal Court

Ten children from our local grammar schools were recognized for submitting winning entries to  The Women’s Club Essay and Poetry Contest. Students were also awarded certificates by the mayor. Each student read their submission at the beginning of the borough council meeting, and refreshments were served for the children and their families in the boardroom. The winners’ names are posted in the borough library and in the schools.