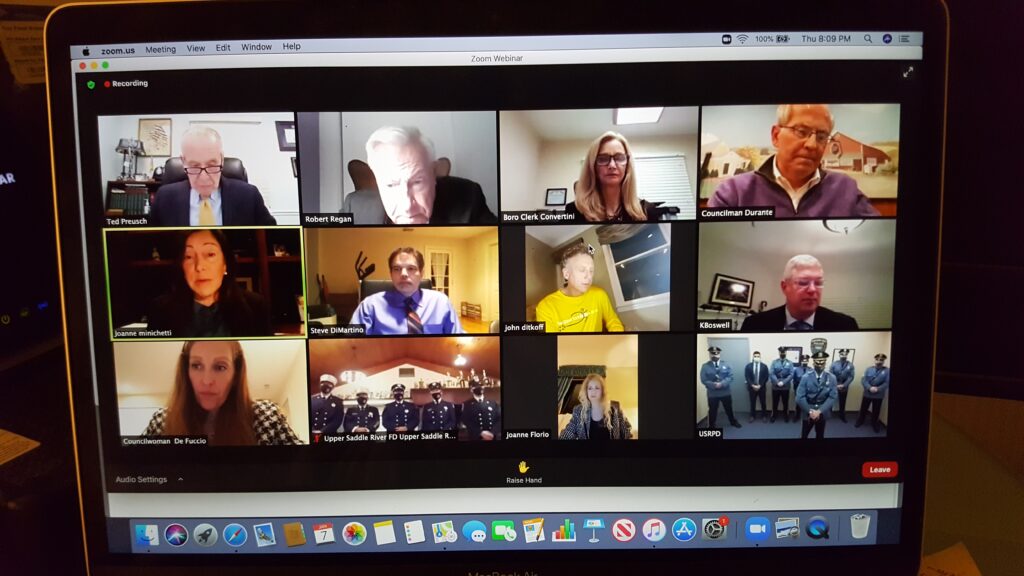 Councilmembers Inaugurated
After stating the Pledge of Allegiance and holding a Moment of Silence in respect for the passing of Mrs. Sherry Anne Rauch, the wife of retired USR Fire Chief Lawrence Rauch, the annual January reorganization meeting for calendar year 2021 began with the remote swearing-in of two recently elected councilmembers, Mrs. DeAnne DeFuccio, Esq., and Mr. Steven DiMartino, CPA. Mayor Minichetti read the oaths which the councilmembers repeated at home in the presence of their family members.

Council President Named
Councilmember Joanne Florio was unanimously appointed council president by the other members of the USR Borough Council.

Athletic Facility Presentation
The planned 9-acre athletic facility at 1 Lake St., planned to be built in a portion of the former Pearson Education/Western Union property, was presented. A committee has been formed and plans have been made for field construction of a turf field and lights for the following sports: baseball, football, lacrosse, and soccer to be surrounded by a walking trail. The construction cost is projected at $5.5 million to be funded by the open space referendum approved by voters in the November 2020 election, and by potential Bergen County Open Space Grants, for which the borough is submitting applications. The borough anticipates that the project will be completed over a 5-year period. The property had been acquired by the borough for $2 million, which was partially funded by a Bergen County Open Space Grant in the amount of $1.6 million.  It was stated at the meeting that there is room at this site for a possible community center or senior citizen center at a later time. A restaurant is planned to be built adjacent to this athletic facility, not by the borough and not on borough property.

Public Comment
There were no members of the public expressing comments at this meeting.
#####