“It’s very clear that good accounting practices in our town are terrible. 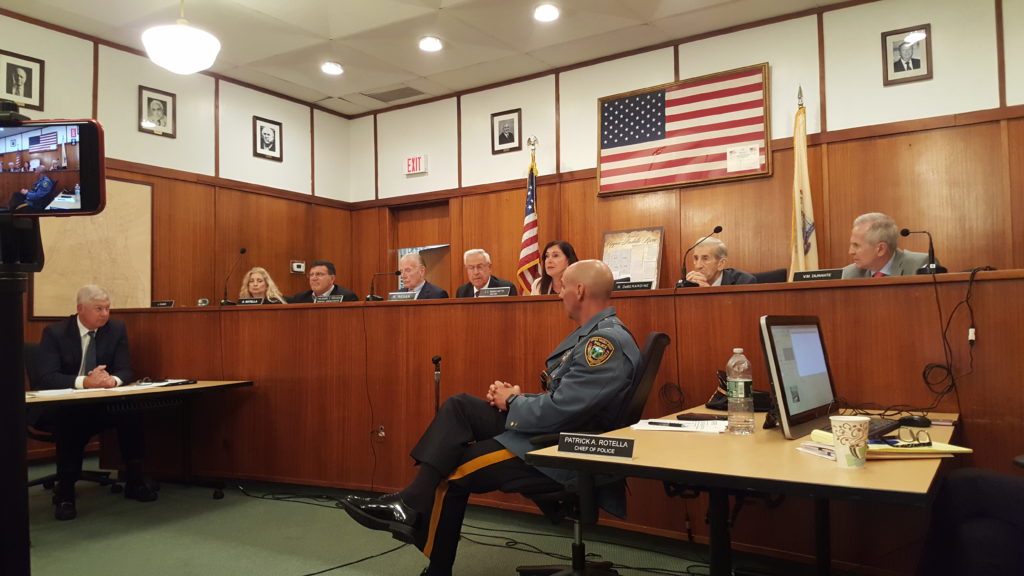 Financial Audit and Financial Management Anomalies
The recently completed 2018 fiscal audit by the borough’s auditing firm, Lerch, Vinci & Higgins, contained 11 corrective actions, as stated by the firm’s representative, Paul Lerch, CPA. Among the corrective actions were requirements for monthly updating of the general ledger, bank reconciliations, and posting of records, all normal, basic duties which should have been managed by the Chief Financial Officer, which were found to be lacking for the past two fiscal years. Of concern to citizens, was the fact that these corrective actions were also recommended for the borough’s prior fiscal year in 2017.  Upon questioning by Democratic Mayoral Candidate Marshall Grupp during Public Comments, Mr. Lerch responded that the borough’s Chief Financial Officer is, and should have been responsible for these tasks, in addition to addressing the financial corrective actions.

Other problems highlighted in the audit included the following:

All of these issues were the responsibility of the CFO, who has not been present at any of the mayor & council meetings this year. When Mr. Grupp asked the mayor & council how they were managing these problems, the response was that they had recently hired someone by the name of Jim Mangan to assist the chief financial officer. The CFO is responsible to the business administrator and the finance committee of the borough council. Mr. Grupp stated in summarizing, “It’s very clear that good accounting practices in our town are terrible.”

The following borough residents also had public comments and questions:

Resident Sheryl Romano inquired as to the borough’s lease of the former Cultural Center located at 305 West Saddle River Road. The mayor and council responded that the building is being leased by the borough for its storage uses at a rate of $3,000/mo. since April 1, 2018 for one year, with options for renewal every year forward. The lease option was renewed in April 2019.

Resident Joseph Cassesse asked what provisions the administration was making in the event of potential class action suits brought in relation to the Toll Bros. development and contamination issues at Apple Ridge/Carlough Road. Attorney Regan stated that he did not anticipate any issues there.

Resident Eric Friis inquired as to why the stop work order had been lifted at the Toll Brothers worksite at the former country club site, while there had not been any significant rain events since the stop work order, had been lifted and whether any deposits were still being made into the Pleasant Brook or any other waterway. Kevin Boswell of Boswell Engineering responded that he was not aware of any violations at the property, and the NJDEP and the developer had devised the remediation plan, as is customary. No fines were issued in July due to the fact that no violations were found by the NJDEP. He also said that the borough had authorized 112 water samples taken, and that 110 results had come back with water quality above NJ State drinking water standards of 5 parts/billion.

Resident Eric Buzzelli stated that he and his wife have no intention of suing the Borough of Upper Saddle River and the USR Police Department regarding a police incident.

Marshall Grupp asked about the plans and budget for the 9 acres the borough had purchased at the former Pearson Education/Western Union site at 1 Lake Street. The borough owns the land free and clear, he was told. Mr. Boswell responded that there is a field committee, which has proposed four (4) multipurpose fields to be set up around two (2) regulation soccer fields similar to those on Pulis Avenue in Franklin Lakes. The construction of the fields would be funded, it is anticipated, by future Bergen County Open Space Grants, state planning grants, and a borough referendum in the amount of up to a total budget of $6 million dollars. Lacrosse fields are also being considered. In 2015, the Apple Ridge Country Club plan called for the site to have been cleared of trees. The process was to have been that the site would be remediated acre by acre in a checkerboard pattern, but that was not followed by Toll Brothers, the soil erosion measures did not take place and did not take hold, said Mr. Boswell. The site remediation was under the jurisdiction of the NJDEP and the project LSRP. The land use side including stabilizing the site after remediation and repurposing it was overseen by the borough, the county and different parties, said Mr. Boswell.

Resident Nvair Beylerian asked whether there had been a study done that determined that the borough needs more recreation fields in town than we already have. The mayor responded that we have a master plan every 10 years, and recreation needs are part of that. Lacrosse fields are becoming more of a need. Ms. Beylerian also inquired about walking paths and cycling paths.  Sidewalks will be provided by the developer are planned for 1 Lake St. surrounding the property, and a new light that will link the multifamily development to the south of 1 Lake Street and the property itself. Mrs. Beylerian also inquired about water fountains were being planned for Lions Park and 1 Lake Street fields, so as to decrease the negative environmental impact of plastic bottles. The administration stated that a water fountain had just been approved for Lions Park. A small mall has been approved by the planning board for north of 1 Lake Street. Approximately 186 townhouses are planned to be constructed at 1 Lake Street, and 20 affordable townhomes will also be constructed.

Democratic Council Member Candidate Leandra Galasso asked the mayor and council to do their best to ensure the quality of life in Upper Saddle River. She also asked when was the last time the planning board had met. The mayor responded that the chairman of the planning board was responsible for convening the meetings, and he had not done so due to lack of business. The next meeting is scheduled for September 26.

The mayor presented exceptional duty medals to Police Officer Pulizzano and Police Dispatcher Pink for life-saving medical interventions they did while off-duty in outside jurisdictions.

Ordinance 9-19: An ordinance to amend an ordinance entitled “An ordinance Relating to the Compensation of Certain Officers and Employees of the Borough Of Upper saddle River, County of Bergen State of New Jersey, adopted July 5, 2019. (See attached ordinance).

Reports from various borough departments including the Police, Fire, Construction, Public Works were accepted, but not shared with the public, even though other local municipalities share these reports with their citizens attending their borough mayor & council meetings.

The consent agenda was approved. See meeting agenda posted on USRToday.org for list.

The microphones and sound system in borough hall were not turned on, and several residents said that they could not hear the speakers and asked that people speak up.    #####