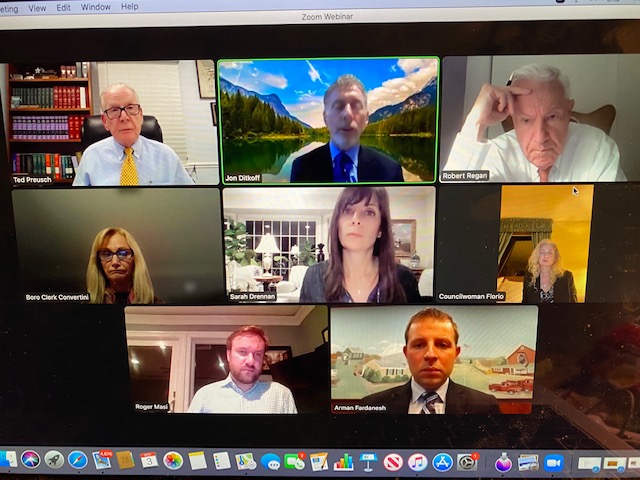 Arman Fardanesh Elected Mayor in Unanimous Council Vote
USR Councilman and Fire Chief Arman Fardanesh was unanimously appointed Mayor of Upper Saddle River by members of the USR Council in order to fill the term vacated by former Mayor Joanne Minichetti, who resigned earlier this month. Mayor Fardanesh will serve until December 31, 2023, which is the end of the former mayor’s unexpired term. Mr. Fardanesh was nominated by the USR Republican Committee from a field of 8 applicants of which three people were interviewed by the committee for the position. Mr. Fardanesh was not sworn in at this evening’s mayor and council meeting as he requested that his inauguration take place at a later date.

Former Mayor Minichetti resigned her position on October 17, 2022, to the council and in a letter to residents posted on her personal Facebook page in which she cited her unwillingness to contend with a projected $2.5 million bid increase over the bond secured for the project for the One Lake Street sports field and complex. Former Mayor Minichetti has served Upper Saddle River as mayor for three four-year terms which commenced in 2012. Prior to being elected mayor, she served as a member of the USR Council since 2007, and in various other capacities in the borough. She wrote that she looks forward to spending more time with her growing family. Acting Mayor Jon Ditkoff thanked Mayor Minichetti for her 11 years of service as mayor and 4 years as a council member commending her leadership to all during her tenure.

Bills paid and Consent Agenda Approved
Bills in the amount of $5,575,531.06 were voted to be paid, and the consent agenda was approved.

Synagogue Threats Updated
Borough Administrator and Former Police Chief Ted Preusch updated the council on the imminent threats to New Jersey synagogues that were warned by the FBI that afternoon. These threats were neutralized the next day when the perpetrator was found, as announced by the FBI.

Air Traffic Updates Requested
Acting Mayor Jon Ditkoff requested that updates on the issue of air traffic be sought and whether regional meetings were scheduled for council members to attend.